What is an alternator and how does it work?

Did you know that it is not the battery that primarily keeps a car running? Instead, the alternator is one of the most critical components in keeping your car on the road!

What is an alternator?

An alternator generates electric power in a vehicle; it’s basically a tiny generator. Among other things, it charges a car’s battery and provides additional power for all the electronics.

How does an alternator work?

Like a generator! An alternator generates energy to supply the electrical system in a car.

In most internal combustion engines (ICE), the engine spins the car’s wheels. In turn, this cranks a wheel on the alternator and generates energy.

Alternators use a drive belt (often called a “serpentine belt” or “alternator belt”) and a pulley. The belt wraps around the pulley, which spins the internal components to generate energy.

How does the alternator charge the battery?

Electricity is generated as the wheel (rotor core) inside the alternator spins. The rotor windings surrounding the rotor core are placed strategically; as they pass over the stator (usually constructed with copper wiring), a magnetic field is created that produces voltage. This voltage is then captured and dispersed to relevant components of the vehicle,

However, before it goes to the battery, the rectifier in the alternator will convert the generated voltage from alternative current (AC) to direct current (DC).

Where is the alternator located in a car, and what does it look like?

A car alternator is usually bolted to the vehicle’s engine via a specific bracket. It’s a small component about the size of an average coconut. Alternators are usually constructed using aluminium as this keeps weight to a minimum and does not magnetise.

If an alternator generates energy, does it get hot?

Yes! Alternators get extremely hot while they are in use; they need to run as cool as possible to ensure efficiency. Most designs will include vents in the aluminium casing to keep heat to a minimum.

Alternators will also have a built-in fan to combat heat; in earlier models, these may have been external, but newer models usually include an internal cooling fan that isn’t visible from the outside.

Is an alternator a consumable part?

A car alternator will have a shelf life and will eventually need to be replaced. However, they typically have a long lifespan, unlike other consumables, such as tyres, batteries, and filters.

The lifespan of your car’s alternator will ultimately depend on how many kilometres the car has travelled and the climate.

How do I know when the alternator needs replacing?

There are a few warning signs that could indicate your alternator may have an issue:

Want the best advice? Let the experts at Sutherland Automotive check your alternator and let you know if it needs replacing!

Remember, our convenient online booking process lets you pick a time and date. 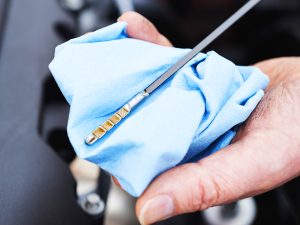 A Definitive Guide to Checking Your Oil

Oil is one of the most critical fluids in your car. It lubri... 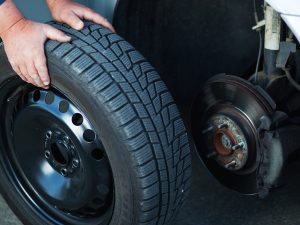 How to change a flat tyre

Changing a flat tyre on your car is a life skill that every ... 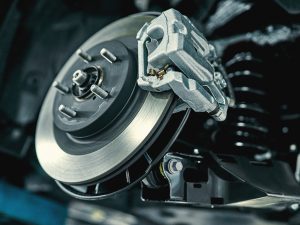 How disc brakes work on a car

Brakes on a car are one of the essential parts of a vehicle....

The car industry explained: a guide to who owns which car brands

You probably don't know it, but the automotive industry has ...